Fibromyalgia (FMR) is the most common cause of chronic widespread pain that faces modern rheumatology. It affects up to 3% of the population over 20 years and occurs 9 times more often in women than in men. Main three symptoms of FMR are fatigue, insomnia and generalized musculoskeletal pain. As yet, causes of fibromyalgia remain unclear.

There are certain genes that eventually can make people more prone to get fibromyalgia but genes alone, though, do not cause fibromyalgia. It is necessary a trigger factor to set off the disease (emotional stress, spine problems, accidents, injury, or other type of physical stress).

The result is a change in the way that the nervous system perceives normal stimuli. Levels of brain chemicals and proteins may change and the sensitivity of a person with fibromyalgia is “out of tune”. Normal pressure or temperature stimuli are felt many times as painful according with a sensitivity threshold excessively low. The diagnosis of FMR is a difficult task since it is based only in non-specific clinical findings, many of them, currently found in many other rheumatic diseases. 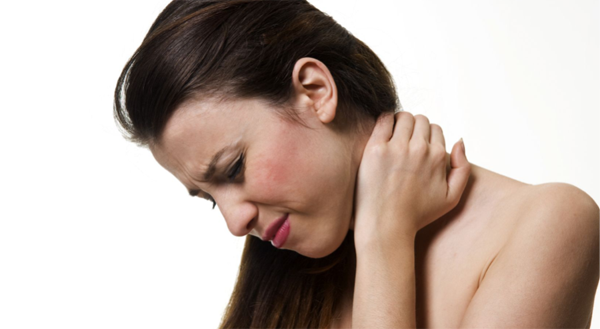 Expertise is crucial to careful rule out other jeopardized diseases such as Lupus, rheumatoid arthritis, disc herniation and many others. It is not rare to find specialists that fall into the easy temptation to quick misdiagnose as FMR any “unexplained” widespread pain. Once an accurate diagnosis exists, doctor must explain carefully to patient that FMR has no cure but implication of patient in self-care is essential to better alleviate most of the symptoms and to improve daily function. FMR patients have to train hard to do just simple ordinary tasks.

Therapeutic approach to FMR is multidisciplinary and should be based on three main pillars: medications, physical activity and psychological support. The U.S. Food and Drug Administration has approved several drugs for the treatment of fibromyalgia: duloxetine (Cymbalta), milnacipran (Savella), amitriptyline (Elavil), cyclobenzaprine (Flexeril) and venlafaxine (Effexor). Most of them are anti-depressants because they effectively modify brain levels of serotonine and norepinephrine, major neurotransmitters implicated in FMR pathopysiology. Other drugs such as pregabaline, gabapentine, NSAIDs or pain killers may also help.

Your specialist should design a customized treatment plan since none FMR patient is treated in the same way. While difficult at first, regular exercise often reduces pain symptoms and fatigue because it stimulates the secretion of endorphins and other beneficial chemical mediators. Add in some walking, swimming, water aerobics and/or stretching exercises, yoga, tai-chi or even Pilates. And please… don’t give up! Finally, adequate psychological support often helps to live together with daily pain and should be considered by every FMR patient.

There are many gaps in the management of FMR that usually makes this disease terrible frustrating. Frustrating, not only for the patient (seldom finds enough relieve), but also, for the doctor that still has a number of significant limitations to improve quality of life of these patients.

This website uses cookies to improve your experience while you navigate through the website. Out of these, the cookies that are categorized as necessary are stored on your browser as they are essential for the working of basic functionalities of the website. We also use third-party cookies that help us analyze and understand how you use this website. These cookies will be stored in your browser only with your consent. You also have the option to opt-out of these cookies. But opting out of some of these cookies may affect your browsing experience.
Necessary Always Enabled
Necessary cookies are absolutely essential for the website to function properly. This category only includes cookies that ensures basic functionalities and security features of the website. These cookies do not store any personal information.
Non-necessary
Any cookies that may not be particularly necessary for the website to function and is used specifically to collect user personal data via analytics, ads, other embedded contents are termed as non-necessary cookies. It is mandatory to procure user consent prior to running these cookies on your website.
SAVE & ACCEPT